Anchor bolts are used to connect structural and non-structural elements to the concrete foundation. 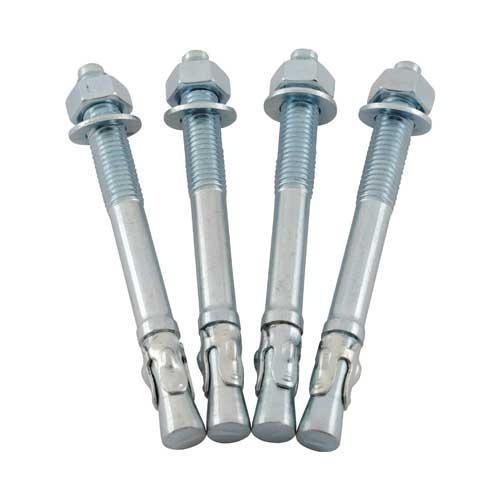 A construction material consisting of pieces of steel with an L-shaped cross-section. These can be bolted together and are commonly used to connect beams with other structural elements.

This is a dense and solid layer of soil located below the looser soil closer to the surface. Because this soil is denser it has superior structural qualities.

Bedrock can consist of igneous rock (granite), metamorphic rock (marble), or sedimentary rock (sandstone,). It can also consist of siltstone or claystone. If you look at geologic maps then the type of bedrock is generally marked on the map.

A cripple wall is a short wall. In the foundation industry, it usually references the wood framing which extends from the foundation and supports the first-story framing. Sometimes it's also called a pony wall.

Oftentimes foundation problems might stem from this wall being improperly reinforced and thus vulnerable.

Every structure is built on ground that contains several different types of soils. Sometimes a portion of the structure will thus settle more quickly or deeply, than other sections. This leads to sloping floors and is referred to as differential settlement.

Certain soils expand when exposed to water and shrink when this water drains. These are known as expansive soils. Often they also contain high-plasticity clay and thus exert great pressure on the foundation as they expand. These soils can also cause damage when they shrink. After repeated shrink-swell cycles you will likely see large cracks.

Girders are the beams that support the joists, which in turn support the floor. Most girders are parallel in order to support multiple joists and are supported themselves by isolated footings.

A gradebeam is a horizontal beam which supports the structure and spans between the isolated supports (like deep piles or shallow isolated footings). They are generally made from reinforced concrete and are located near the ground level (or grade).

Joists are beams that support the floor and are generally laid across on one or more large girders. Usually, these are made of wood but sometimes they are made of steel or another material.

This is a type of foundation system that consists of concrete beams located at grade (ground level) and usually they are supported by deep piers made of concrete or steel.

Seismic Load refers to the impact that an earthquake would have on a structure. Generally, they have a large lateral or horizontal component. In order to improve these loads you can add shear walls, tiedowns, or other methods of improving earthquake resistance.

In the case of poor soils or high interior loads (garages for example) slab-on-grade may be installed. This is a reinforced concrete slab that lays at the level of grade (soil), hence the name. Sometimes this can also be referred to as mat foundation.

A tieback is installed diagonally or horizontally and is a structural member like a rock anchor, grouted anchor, or helical anchor. Usually these tiebacks are used to support tensile loads (not push loads). 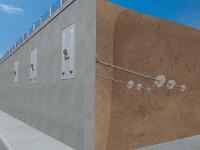 An underpinning refers to the installation of a supplemental or replacement foundation. This foundation is installed deeper than the existing foundation and may also involve lifting the foundation in order to level floors.

Looking for a price? Get a no cost, no obligation free estimate.